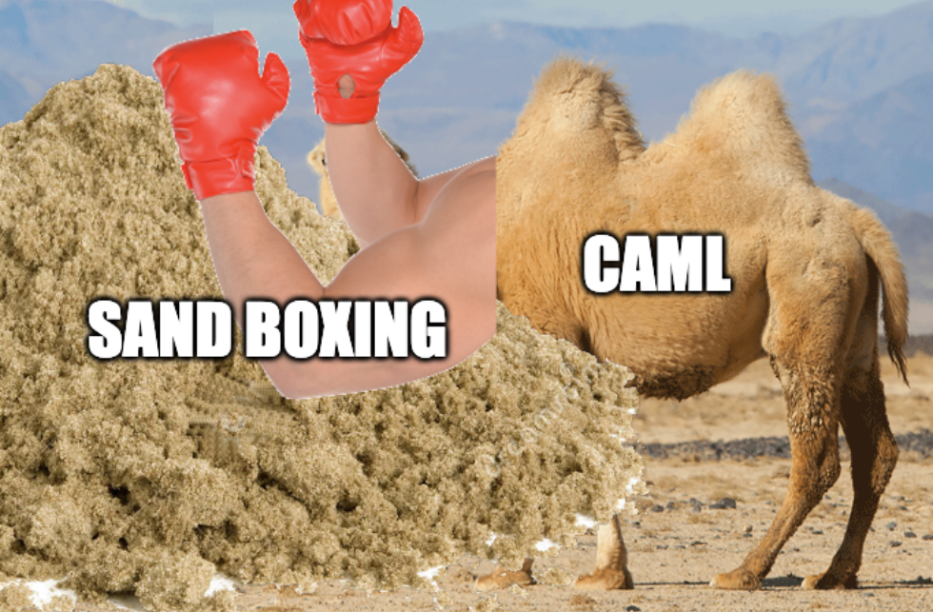 This challenge consisted of 2 sub-challenges. The second one was protected where password was a flag from the pevious one. Files for the first part are here. sudo docker run -v $(pwd)/input:/input -it name runs the challenge.

In this challenge we had to read the flag by uploading OCaml script to the server. The path to the fflag file is known from a Docker file. It is sandboxed in a way that open! Sos is added at the very beginning of our script. It means that we load a module which filename is sos.ml

Here is a source code for this module - it blacklists a lot of functions.

In OCaml, similarly to Rust, functions are split into safe and unsafe ones. Unsafe functions can lead to memory corruption bugs or other problems and usually they have unsafe word in their name. But grep checks if our code contains this word. At the beginning I was trying to find an “soundness”/memory corruption bug in OCaml interpreter by reviewing github issues but my teammates told me that this is an old language so the probability of this is pretty low.

So I started looking for not blacklisted functions which could give a flag.

https://ocaml.org/api/ lists libraries and their functions for OCaml. We reviewed all of them and found 2 interesting functions:

After calling Digest.file the process should contain a flag in its memory, maybe somewhere on the heap. Stdlib.input_value receives our payload which is a marshalled big buffer which has size and capacity to big values allowing us to read process memory.

Here is the OCaml script which we send to the server:

This is just a script that sends our script and a payload:

Now it’s time to think about the payload which will be sent to the server. At the beginning let’s create a binary blob of the normal buffer:

This blob can be found here

The blob after modifications is here

The exploit worked for both sub-challenges: